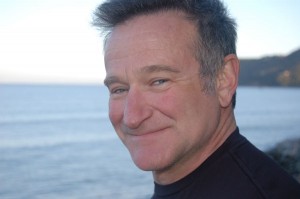 The world lost one of its most beloved artists on Tuesday morning, 12 August.

Robin Williams, the Oscar-winning actor and comedian, died in his home in Northern California, USA, at the age of 63. Williams starred in films such as Good Morning, Vietnam, Mrs. Doubtfire and Dead Poets Society.

To many he was an icon, an all-around inspiration to everyone.

Back in 2011, Williams gave an interview to Greek TV host George Satsidis while promoting the animated feature “Happy Feet 2,” to which he lent his voice. During the interview, Williams had expressed his appreciation for Greece and touched us all.

“Greek History is something all mankind must, must bow to”

– I know you’ve visited Greece. What do you think?

I have come for a holiday with a boat and we went to all the islands. Facing them you say: “I can not believe that here is recounted everything we read in Greek mythology.” Greek History is something all mankind must, must bow to.

Maybe your economy goes to hell, but that does not mean you’re helpless. Economic data is constantly changing in Europe and America for all. What is not changing is the legacy, your identity. The Parthenon does not leave Athens. It’s there to remind you that progress and prosperity may return.

I am now in England, for example, I went nowhere. I’m here to promote the movie and I will leave. What to see, Buckingham Palace? I do not care. As when I go to Germany, I’m not interested in the Berlin Wall, which is not a symbol of prosperity, but the opposite.

But you can not ignore Delos, the Parthenon and Mycenae!

Thank you Robin Williams. You will be missed.

Finance Minister To “Mamma Mia” Director: “We Are Not Privatizing The Greek Coastline”