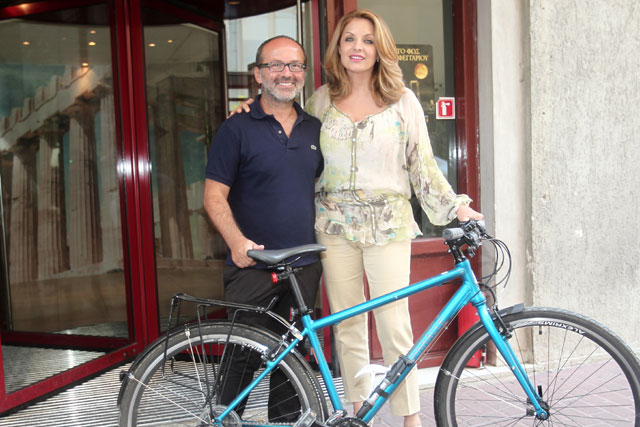 Italian professor Salvatore Lo Sicco traveled from London to Athens on his bike to rally for the Parthenon Marbles to return to their birthplace in Greece.

His bike journey began on 1 July from the steps of the British Museum in London and 35 days later – with 8 hours of cycling per day – he arrived at the Acropolis Museum in Athens. His initiative was supported by the British Committee for the Reunification of the Parthenon Marbles. 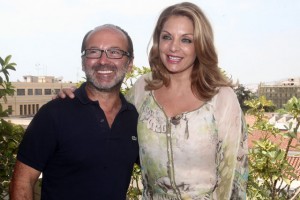 Mr. Lo Sicco, who lives in the UK and launched the “London to Athens Bike Tour 2014” to raise awareness across Europe for the reunification of the Parthenon Marbles, met with Greek Deputy Minister of Culture Angela Gerekou.

“I believe that the return of the Parthenon Marbles is a moral and historical obligation of us all,” Mr. Lo Sicco said.

On her part, the Greek deputy minister of culture offered Mr. Lo Sicco a complimentary return ticket to London and thanked him on behalf of all Greeks for his initiative.

“The vision for the reunification of the Parthenon Marbles remains alive,” Mrs. Gerekou said. “Initiatives as yours, fill us with strength to continue the fight for a request that is not only Greek, but an international request and reaches people of culture and art, and also ordinary citizens around the world,” she added.

They also discussed holding a big event on the reunification of the Parthenon Marbles in London.

Stranded Russian Tourists Should All Be Home By Next Week