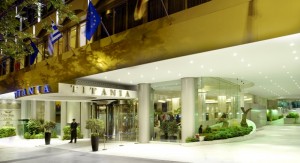 The management of the Titania Hotel in Athens, has denied recent Greek media reports that the deceased owner of the hotel, Konstantinos Malamos, left his majority shares to the “Smile of the Child” foundation.

“In his will, the deceased left a minority stake to the ‘Smile of the Child’ foundation with the special provision that the foundation does not interfere in the elections of the Board of Directors,” Titania’s management said in an announcement.

The announcement added that the majority of the shares belong to the Malamos family.

Titania’s management released the announcement following a Greek newspaper article – that was quickly reproduced by other media outlets and via social media – that the deceased had left his majority portfolio to the foundation, which is facing financial difficulties.