Leading hotel groups such as the Four Seasons have expressed interest to invest in Greece, according to Greek Tourism Minister Olga Kefalogianni.

In a recent interview to Greek newspaper Kathimerini, the Greek tourism minister said that the simplification of investment procedures and the cutting of red tape were working positively for Greece. “American, Chinese and Canadian funds have expressed interest to invest in Greece and this indicates the high level of Greek tourism,” Mrs. Kefalogianni said. 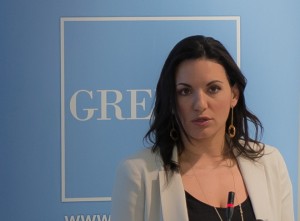 She also mentioned that with the recent voting of the new tourism bill, a set of major reforms for the improvement of the country’s tourism product had been completed.

Among other things, the new bill simplifies the licensing procedures for the operation of tourism businesses in Greece and includes provisions on matters related to special tourism infrastructural facilities (tourist ports, ski resorts, hotel complexes and condo hotels). The tourism bill also defines the standards for some of Greece’s special forms of tourism (wine tourism, agritourism and medical/health tourism).

When asked what the Tourism Ministry has planned for next year’s season, the Greek tourism minister said that the aim is to extend the tourism season.

Mrs. Kefalogianni added that preparations were underway for Greece’s appearance at major upcoming international tourism exhibitions. “Our first stop is London in November (World Travel Market). There we will announce important new initiatives for 2015,” she said.