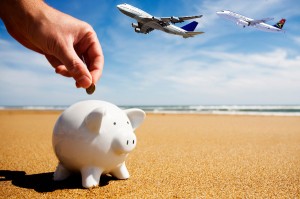 Greece’s comeback as a popular tourism destination has attracted many low cost airline companies back to Greece this season. The routes that have been launched connect European cities to a number of Greek regional airports and also to the country’s capital city Athens.

The number of low cost airline companies that are operating in Greece have increased to 17 from 12 last year. When compared to 2013, this year low cost airlines are performing 42 percent more flights and serving 35 destinations, up from from 25.

Athens is connected to 39 airports via low cost flights. According to reports, low cost carriers retain 29.3 percent of the scheduled flights performed in the Greek capital.

The low cost airlines that fly to Athens this season include Vueling, Transavia, Transavia France, easyJet (which retains a five percent stake in the Greek market), Meridianna Fl, Niki, Brussels Airlines and Ryanair.