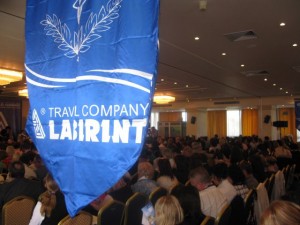 Labirint, one the largest Russian tour operators working with the Greek market, was officially declared bankrupt in Moscow on 2 August.

According to Greek tourism blog money-tourism.blogspot.gr, Labirint is ceasing operations due to the debts of its parent company “Ideal Tour” to Orenburg Airlines, a subsidiary of Russian carrier Aeroflot. Ideal Tour has a 99 percent ownership of Labirint.

As a result of the debts, Orenburg Airlines has canceled over 30 flights with Ideal Tour’s customers that were scheduled to fly to destinations in Greece (including Corfu, Heraklio, Santorini and Zakynthos), Turkey, Spain and Bulgaria in the next three days.

According to reports, some 7,000 passengers will be affected by the bankruptcy, including another 25,000 that are already abroad. Meanwhile, over 200,000 travelers have pre-booked their vacation with the tour operator for travel until the end of September.

In Greece specifically, around 8,000-10,000 customers of Labirint are said to be staying in hotels on Crete, Rhodes, Kos and Halkidiki.

Following the official announcement of the bankruptcy of Labirint, the Association of Greek Tourism Enterprises (SETE) advised Greek hoteliers that are currently hosting customers of the Russian tour operator, to continue to provide hospitality to them until a solution is found.

“There will soon be clarifications on the method of payment or on the insurance coverage in regards to the remaining cost of their bookings,” SETE said in an announcement.

The association underlined that above all, Greece’s positive image must remain intact to visitors that have chosen the country for their vacation. 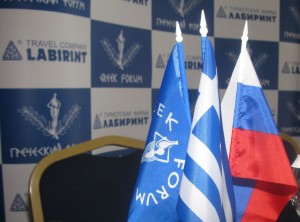 Labirint, through its partner in Greece, Le Grand Group of Companies, had deals with many major hotel groups and Greek hotels, mainly on Crete, Rhodes, Kos, Zakynthos, Corfu, Halkidiki. The Russian tour operator also had a collaboration with Greek carrier Aegean Airlines.

Travelport: The Greek Market Is Becoming A Strong Online Market