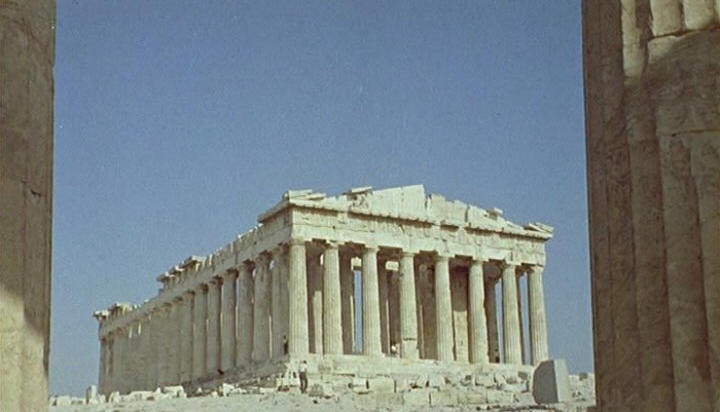 British Pathé, the world’s leading multimedia resource, has released a newsreel documenting Athens of 1961 and takes us all on a journey back in time. 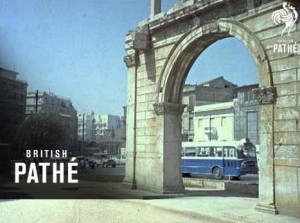 The footage is sure to bring back memories to many with the retro cars and buses, a much “younger” Syntagma Square and the Greek capital’s old airport at Elliniko.

“From a very modern innovation to great architecture inspired by the culture of ancient Greece,” the narrator says at the start of the video as a young woman tours the Acropolis. “These steps that tourists now tread, felt the feet of Gods, for this is the Acropolis – offered to the Gods by devoted Athenians before the world was one,” the narrator says as we see footage of columns, the Parthenon of Pericles, the Caryatids, a ruined temple and statue columns.

Although the Acropolis is “cracked, crumbling and slightly shifted,” the narrator refers to the “magnificant columns” created by the craftmen of the Golden Age, an Age which produced the Parthenon of Pericles – the most perfect example of ancient architecture.

“Today the tourists come, but the Gods are immortalized, as time has immortilized their earthly home,” the narrator comments as the video shifts to the Greek capital’s old airport at Elliniko.

Athens is a modern city too

“The world is a world of the present, drawing strength from the past and looking towards the future. Athens is equal to the world in this respect. She is very much a great modern city too.”

From the airport we are taken to the city center: busy traffic and pedestrians roaming Athens.

“Modern Athens, like any capital city, has its eye-catching hotels, department stores and its street traffic system, straining to control the constant flow of cars from all over the world.” 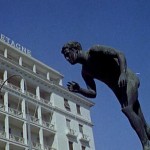 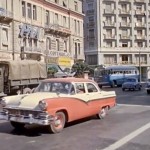 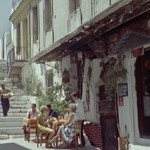 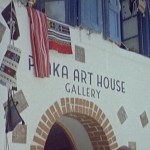 While showing Plaka, the narrator notices that there is always something different around each corner: “A maze of streets that ends with the romance of old Greece.”

While showing footage of tourists buying souvenirs, the narrator comments that tourists flock to Athens for the variety found there. He then suggests for visitors to take “an extra special souvenir” home with them: the sight of the Piraeus harbor… as “even the gods must be impressed.” 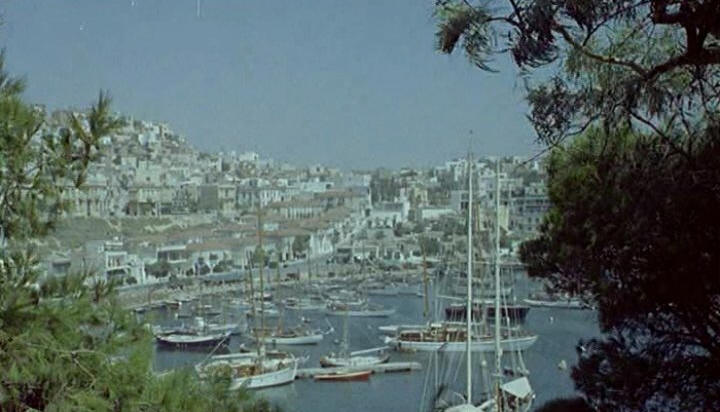 The video continues on to Vouliagmeni, “where a million Aphrodites enchant…”

The tour of Athens ends with a “symbol of greatness”: the Temple of Zeus, “King of the Gods who inspired the beauty that is Athens, the eye of Greece, mother of arts and eloquence.”

The BBC Goes To Monemvasia, Greece