25% Of Hotel Bookings In Europe Are Made Via Internet Intermediaries 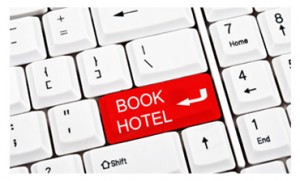 Twenty-five percent of total overnights in hotels in Europe are made via Internet intermediaries mainly through on line tour agents and global distribution systems (GDS), according to a recent study carried out by HOTREC, the Confederation of Hotels, Restaurants & Cafes in the European Community.

HOTREC’s study showed that half of Europe’s hotels (46 percent) are unaware of the opportunities that online search engines provide, while one in five hotels that do acknowledge the possibilities, do not identify business interest.

Also, only one out of two hotels uses booking channels via mobile phone. The proportion of hotels that do not have a marketing strategy to distribute their services through mobile is higher in hotels of 1-, 2- and 3-stars compared to 4- and 5-star hotels.

More into the study, on average it was estimated that in 2013 more than one in five overnights were booked via Online Tour Operators (OTA) and mainly through Priceline (booking.com, Agoda), Expedia (hotels.com, Venere) and HRS (hotel.de, Tiscover), which together account for some 90 percent of the market.

Although more than five out of 10 overnights are made directly by guests to hotels through online bookings, traditional intermediaries (eg travel agency, tour operator) produced 16.5 percent of overnights.

The study also said that national tourist organizations play a very small role in the distribution of hotel services to consumers (rate of 1.35 percent of overnights).

The information is part of HOTREC’s “European Study of Hospitality Services 2014” entitled “The rise of online intermediaries” and was conducted between January and April 2014 by 26 European Hotel Associations. The results are based on 2,298 responses of individual hotels and supplementary data was provided by five hotel chains in Germany that represent some 600 hotels.

The Hellenic Chamber of Hotels is a member of HOTREC’s executive committee.