WTTC Case Study: There May Just Be Hope Ahead For Greece 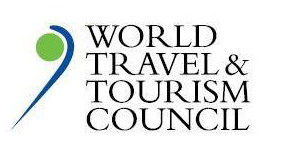 “As the world slowly pulls itself out of the recession, there may just be hope ahead for Greece,” the World Travel and Tourism Council (WTTC) commented in a case study it released on the country this month.

According to the WTTC, Greece is one of the worst-hit countries during a five-year global recession. “This historic nation has faced staggering levels of unemployment, dwindling domestic tourism figures and an economic dependence on the EU that has seen several bailouts,” the WTTC says in the case study.

However, new data by the Bank of Greece has revealed that tourist arrivals in the first four months of the year have increased by a mammoth 21.1 percent to 1.9 million, when compared to the same period in 2013. In April alone, Greece opened its doors to 728,000 visitors, a jump of 30.6 percent compared to April 2013.

“It is now expected that arrivals will rise to 21.2 million this year, which can only bode well for this struggling nation,” the WTTC underlined and pointed out that the numbers correlate with those from the Association of Greek Tourism Enterprises (SETE), which revealed that revenue from the industry in Greece has increased by 27.8 percent in the first third of 2014.

The average visitor spent $900 per visit, a figure that is expected to rise to over $950 later this year. In total, $1.23 billion was spent in the four months, $560 million of which was in April alone – marking a 35.8 percent increase from the year before.

“As both tourist arrivals and spending continue to grow, this will be good news for an economy so reliant on tourism. As households have more money to spend in recent months, travelers are spending longer abroad and thus tourism receipts continue to increase,” it is mentioned in the case study.

The WTTC added that tourism officials in Greece will undoubtedly be eager to jump on this brief success story and translate it into further fervent marketing efforts within emerging markets.

“How 2015 will shape up for Greece remains to be seen, but for now, there is much to celebrate,” the WTTC said.

BBC On Global Travel: Who Is Going Where? And Why?