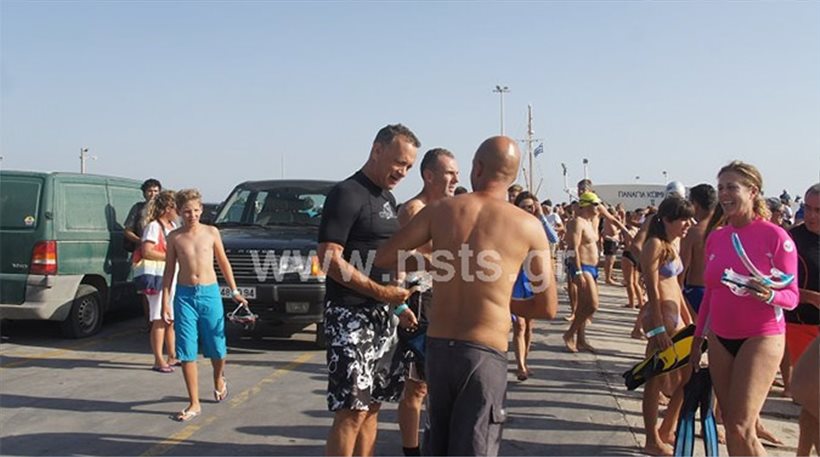 American actor Tom Hanks was spotted on 27 July taking part in a local event in Greece during his vacation on Antiparos where he owns a summerhouse.

The Hollywood star crossed the Paros – Antiparos channel and his presence did not go unnoticed.

For the past 13 years Antiparos has been the “getaway retreat” of Tom Hanks and his wife Rita Wilson who is of Greek descent.

According to reports, after swimming, Tom Hanks told psts.gr that the experience was very exciting and he was applauded by the Greek locals.