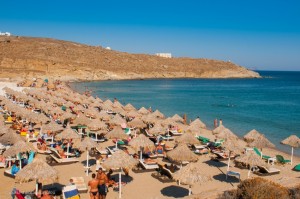 This development is attributed to a 10.6 percent increase (186 million euros) in travel receipts and a rise by 115 million euros in travel payments in the five-month period.

Tourist arrivals in Greece were up by 17 percent in the January-May 2014 period, while average spending per trip dropped by 5.4 percent or 30 euros in the same period.

In regards to May 2014, the travel balance showed a surplus of 897 million euros against 868 million euros during the same month in 2013 (3.4 percent increase).

The increase in travel receipts in May was due to the increase in arrivals by 12.6 percent, as the average spending per trip dropped by 10.6 percent.

UNWTO: International Arrivals Up By 5% From January To April 2014, Strong Peak Season Anticipated