2014 Is A Year Of Growth For Mideast Travel In Greece 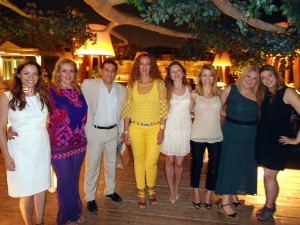 This year is a special year for Greek company Mideast Travel as it has recorded its greatest growth rate in its 30 years of history, after achieving multiple accomplishments in just the first semester.

“Our corporate and commercial achievements indeed succeed one another, but what we feel truly proud of is none other than the people that have embraced us with their love and support all these years,” the owner and managing director of Mideast, Katerina Mousbeh, said at a recent media event held in Athens.

At the beginning of the year, Mideast launched its new corporate identity – a new, fresh, and joyful logo – and entered a new era. Through its new image, the company promotes its five activity pillars that are now operating independently for the first time.

In February, Mideast approached the tourism market of China for the second time in an aim to expand its specialization to other Asian markets (after its consolidation in India). According to Mideast, China’s tourism market is rather special and quite demanding, however it shows big interest for Greece. During the same period, the company was named “Selected Partner” of the Holy Synod of the Church of Greece, an honorary title.

In March, the first Athens–Tehran and Tehran–Athens flights were launched. Mideast as the GSA of Iran Air was the key factor supporting this operation. 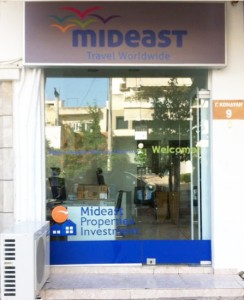 Mideast’s growth reached its peak in early July, with the opening of three new branches in Glyfada, Mykonos and Istanbul. The new branches in these three highly important markets are expected to provide even better services to the company’s clientele and of course to further increase its revenue.

Mideast today occupies more than 62 professionals and has increased its staff by 50 percent since 2010, despite the economic crisis in the country.

“Our fortune is our personnel, our partners and our clients, without whose deep appreciation none of this would be possible,” said Mrs. Mousbeh.