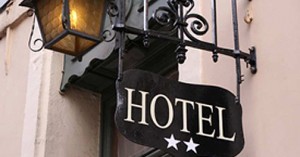 However, gross operating profit per available room (GOPPAR) increased by 1.4 percent in 2013 due to lower departmental and undistributed operating expenses compared to 2012.

According to the report, the Middle East and Africa achieved the strongest growth in GOPPAR, when measured in U.S. dollars, while Asia Pacific reported a slight decline of -0.5 percent.