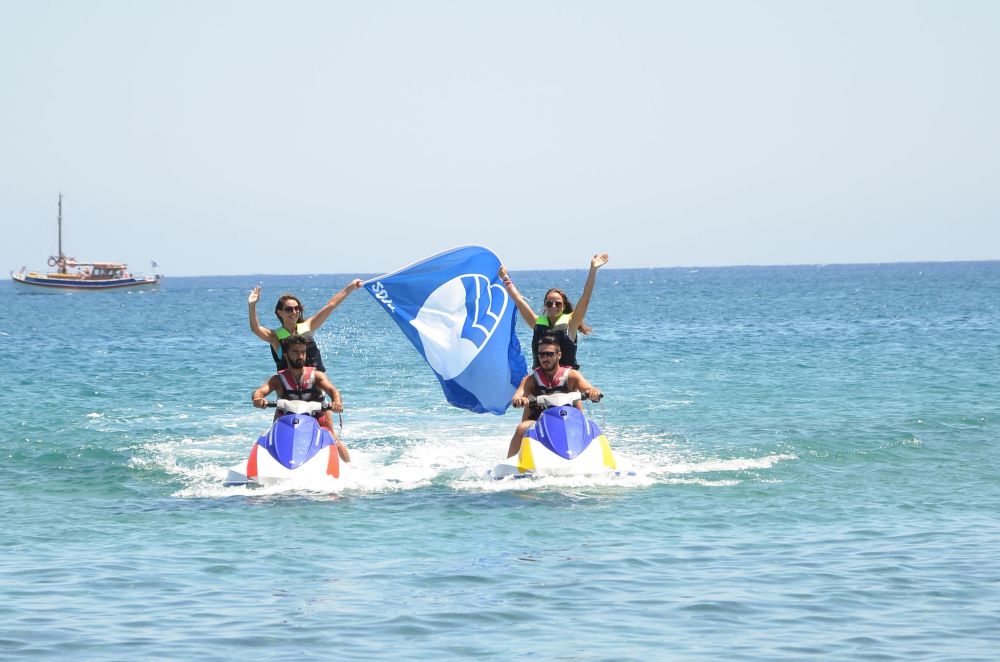 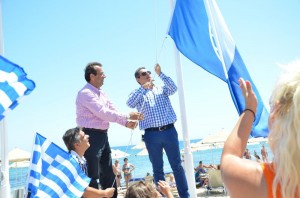 The beach of the Creta Maris Beach Resort in Hersonissos, Crete, was officially awarded the blue flag for 2014 during an official ceremony held on 15 July.

Creta Maris’ beach is among the 408 beaches in Greece recognized for excellent seawater quality, litter management, organization of the swimming area, safety procedures for bathers and protection of the environment.

The Blue Flag arrived by sea and was proudly raised on the beach by Hersonissos Mayor Zacharias Doxastakis and Creta Maris CEO Andreas Metaxas.

The flag-raising event was attended by representatives of the Greek coast guard, fire department, the Greek National Tourism Organization and the Hersonissos kindergarten school Ta Zouzounakia. 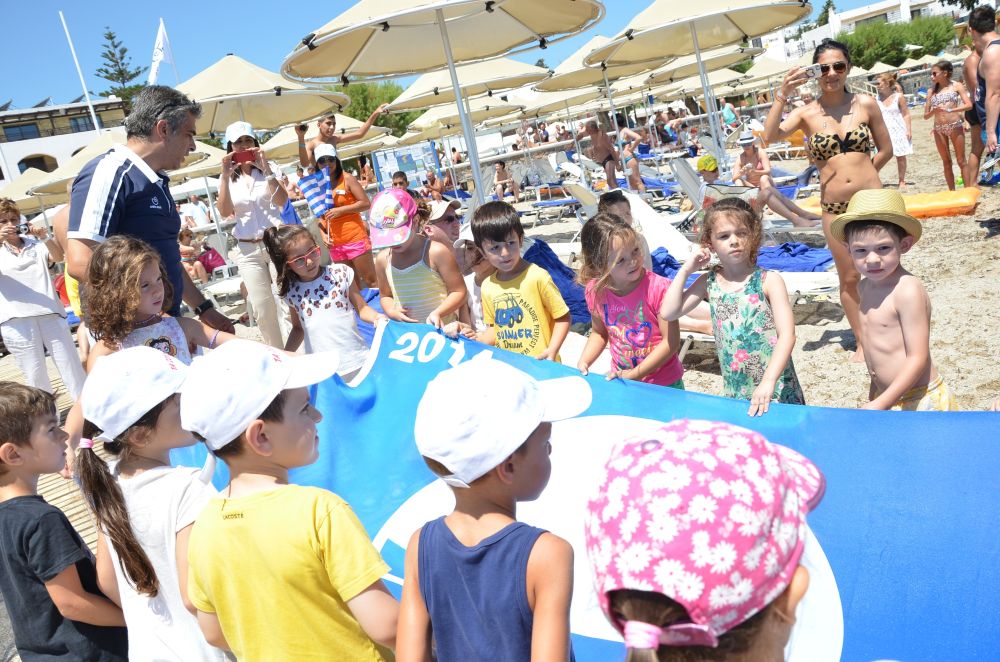 During the event the children were informed about ways to keep the coast and sea clean and they also participated in a cleanup of the beach.

The “Blue Flag” is a quality symbol in over 51 countries and awarded based on strict criteria to organized beaches and marinas managed by municipalities, hoteliers and other stakeholders. 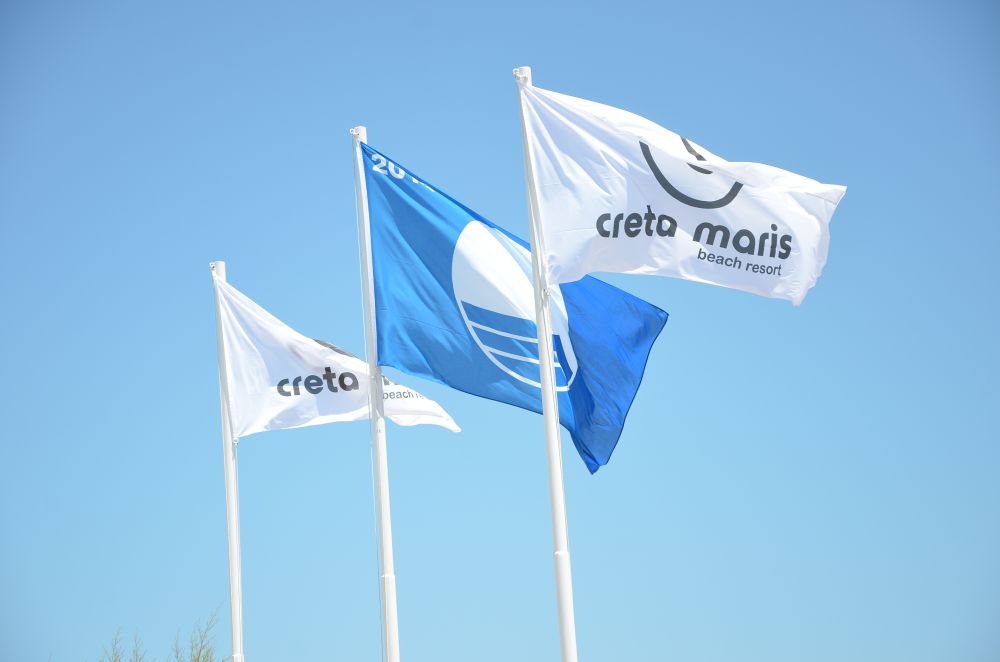 The top 10 countries with the most blue flags are: Spain, Greece, Turkey, France, Portugal, Italy, Denmark, Croatia, Ireland, and the Netherlands.

Creta Maris Beach Resort belongs to Metaxas Group of Companies and has been operating since 1975.

Cyclades: The Star Of This Year’s “Gastronomy Days” Festival In Athens