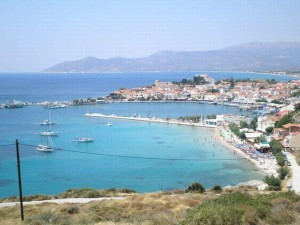 The Greek Shipping Ministry expects bids from ferry operators interested in running a ferry connection next year to and from Samos – Patmos – Lipsi – Leros – Kalymnos – Kos.

According to local reports, the ferry connection for the specific route has been a standing request of the municipalities of the above-mentioned Greek islands and of the chambers of the Dodecanese and Samos.

The ministry is looking for a ferry operator to carry out routes three times a week from 1 May until 30 September 2015. The routes will include two approaches to Ikaria – Fourni and one to Agathonissi – Arki.

The new ferry route is expected to develop trade ties between the islands and also boost tourism.

The opening of received bids will take place on Monday 25 August at the Greek Shipping Ministry.

The tender also involves other routes between the Greek islands as well.