Tourist Traffic In Greece Soars In First Half Of 2014 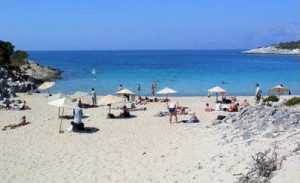 International tourist arrivals in Greece are soaring as performance for the first six months of this year has shown an increase of 17.1 percent, or 760,000 additional arrivals from abroad.

According to data released on 9 July by the Association of Greek Tourism Enterprises (SETE), almost all airports in Greece have recorded an increase during January-June 2014 compared with the same period last year.

The latest data strengthens SETE’s predictions that Greece will welcome 19 million international arrivals this year, including arrivals by road and sea but not including cruise visitors. The number of arrivals from abroad is expected to reach 21.2 million when cruise visitors are added.

The data showed that Athens is continuing an excellent performance this year as arrivals have jumped by 32.8 percent during the first six months of 2014 (400,000 additional arrivals).

Performance in the Greek capital is expected to surpass its target for 2014, which is 750,000 additional arrivals.

Also, Greek airports that recorded an arrival increase of over 20 percent during the first six months of this year include those in Chania (24.1 percent increase), Santorini (26 percent), Kalamata (58.5 percent) and Samos (22.1 percent).

“Of particular importance is the recorded trend that reveals an extension of the tourism season combined with additional flights added to the country’s regional airports and the gradual development of alternative networks that offer the Greek tourism product,” SETE said in an announcement.

May 2014: Greek Airports Among Those With Highest Passenger Traffic In Europe