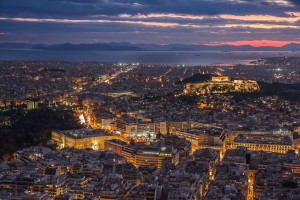 Athens’ popularity is on the up this season as tourists from traditional and emerging markets are increasing and staying longer, according to the fourth part of a survey carried out at Athens International Airport by the Region of Attica in May.

In particular, the survey revealed that 55 percent of foreign travelers that arrived in May at AIA had chosen Athens-Attica as their final destination. Also, the average overnight stay in the Greek capital that month stood at 6.5 days.

The survey noted that foreign travelers were warming up to Athens as a city break destination.

According to respondents of the survey, the ancient Greek culture remains by far the first factor in attracting visitors to Athens/Attica, followed by the Greek cuisine. However, travelers also expressed an interest in a holiday to the Greek capital combined with day cruises and going to organized beaches.

In May the Greek capital saw an increase in arrivals from the United Kingdom, Germany, France, Italy and Russia.