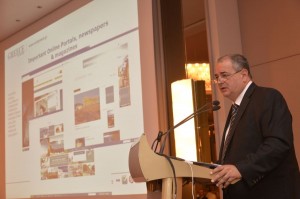 “German arrivals to Greece this year are expected to increase by 10 percent,” Greek National Tourism Organization (GNTO) Secretary General Panos Livadas said while opening an event during the German FVW Workshop 2014 held on Rhodes on 23 June.

The FVW workshop launched on 19 June and aims to maximize Rhodes’ exposure in the German market. Around 50 German travel agencies and many Greek tourism professionals based in the South Aegean are participating.

During his speech, Mr. Livadas informed that tourism revenue from Germany amounted to 1.9 billion euros in 2013, up 14.9 percent compared to the previous year. Arrivals from Germany to Greece last year reached 2.3 million, up by 7.5 percent. German tourists accounted for 12.7 percent of tourist arrivals to Greece in 2013.

“2013 was the year of the return of German tourists,” Mr. Livadas said.

Last year Rhodes in particular saw a 9.61 percent increase in German arrivals (216,399 visitors). In the first five months of 2014, arrivals from Germany to Rhodes were up by 32.74 percent.

In this context, the GNTO secretary general announced the addition of the German language to Greece’s official tourism website visitgreece.gr, which is currently receiving a major upgrade.

The FVW Workshop 2014 is held by Germany’s leading travel industry media group FVW Mediengruppe and organized by the Region of South Aegean, the GNTO and the Rhodes Tourism Promotion Organization (PROTOUR).

FVW Mediengruppe has more than 40 years of expertise in publications on tourism and business travel and is considered the main source of information for the German market. The Rhodes FVW Workshop will be featured in the FVW issue that immediately follows the event. According to FVW, Rhodes will reach more than 33,000 subscribers (mostly companies) and some 100,000 readers throughout the German-speaking travel industry.