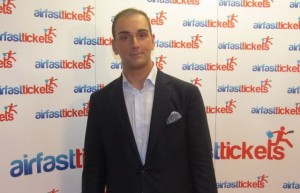 “We have not been suspended from trading and all websites of the Group’s companies, in all countries, are operating normally,” AirFastTickets CEO Nikos Koklonis said on 23 June, responding to rumors that the company had been put in default in the United Kingdom. AirFastTickets is a Greek-owned online travel booking company.

According to sources, the International Air Transport Association (IATA) recently claimed that AirFastTickets failed to meet the deadlines of their remittance obligations for the sales of the month of May – owing some 45 million euros to airline companies – and for that reason placed the company’s UK office in default. Sources added that IATA would also proceed to suspend the agent in Greece and Germany, due to common ownership structure.

The amount “at risk” in the UK market was said to be some 13,9 million euros, in Germany the figure is some 22 million euros and in Greece some 9 million euros (the amounts are from calculating the total amount of sales covering May-15 June and subtracting the recovered amount through voluntary advanced payments and bank guarantee amount for each market).

However, in a statement to the press, AirFastTickets said it had no debts due to any supplier.

“The discussions with IATA concern the extension of bank guarantee as a result of the rapid and significant increase in the company’s sales volume, which reached 1,937 percent in the 2013-2014 period. Under the contract of AirFastTickets with IATA, the company has the right to request an extension in payment up to 60 days,” the company’s CEO, Mr. Koklonis, said.

AirFastTickets also operates in the United States and Russia.

TUI Will Continue To Invest In Greece