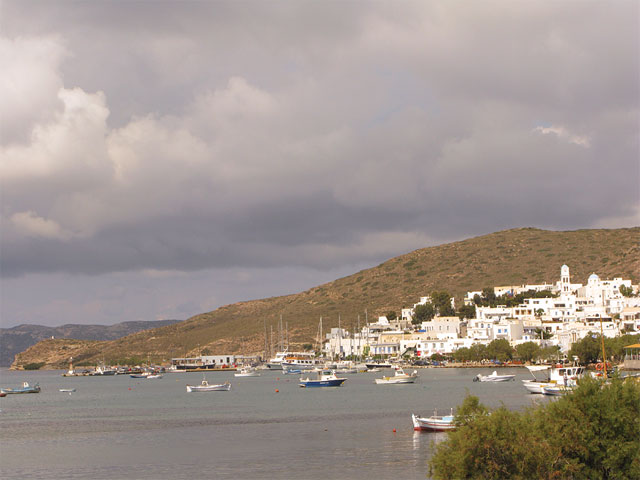 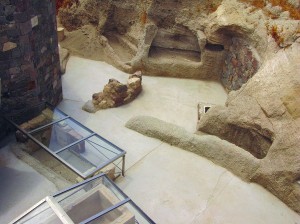 Entrance to the Catacombs of Milos. Photo © GTP

The island of Milos, famed for its coastline, officially took its name as a “holy island” over the weekend of 14-15 June. Milos hosts the unique monument of early Christian catacombs.

“This is an important moment not just for Milos and the Cyclades, but for all of Greece as the Catacombs of Milos, this priceless early Christian monument, establishes the island as a world pilgrimage center,” Labor Minister Yiannis Vroutsis said during one of the many events held on the island during the weekend.

The Catacombs of Milos is the first major Community cemetery of the early Christian times, dating from the end of the 2nd century AD and was in use until the end of the 5th century. 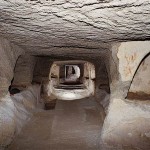 Inside the catacombs, on both sides of the walls & the floor, there are vaults which contain graves (126 are found) Photo © Municipality of Milos 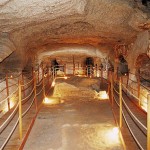 The Catacombs of Milos are the largest examples in Greece & among the most remarkable in the world. Photo © Municipality of Milos 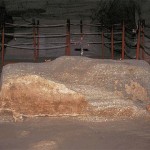 The catacombs were discovered by illicit antique dealers and became known after they had been pillaged, in 1840. Photo © Municipality of Milos

The Catacombs of Milos are unique in size and the most famous and notable Christian monuments in the world together with the catacombs of Rome and the Holy Land.

Milos was first declared as a “holy island” by the Holy Synod in 2009.

For more on the Catacombs of Milos, press here.

The Guardian Travels Along The Athenian Riviera