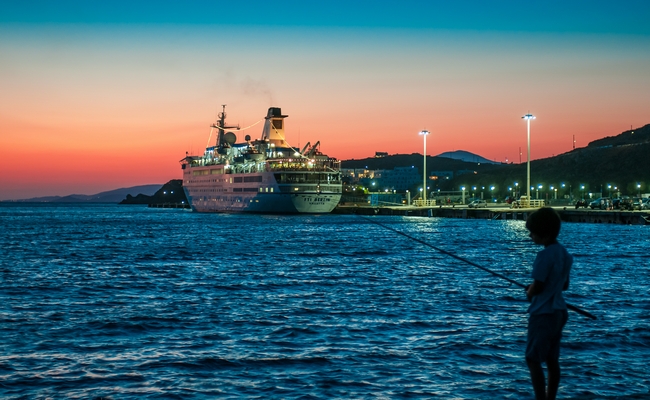 Mykonos Port is one of the most popular ports of call in Europe. Photo © Maria Theofanopoulou

Greece has maintained its ranking as the third most popular cruise destination in Europe, with 4.6 million passenger visits in 2013, according to figures released on 16 June by the Cruise Lines International Association (CLIA) Europe. 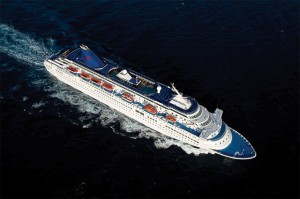 Greek ports are among the most popular ports of call in Europe with Santorini, Corfu and Mykonos taking three of the top 11 most popular “port of call” ports in Europe. Greece’s main port Piraeus is fifth most popular home port in Europe (fourth in the Med) – with a throughput of 1.3 million passengers, up almost one percent on 2012.

With its hundreds of thousands of tourists per year, the cruise industry makes a significant contribution to the Greek economy.

According to CLIA, in 2013 the direct economic contribution of the cruise industry in Greece was 574 million euros, the seventh highest in Europe. This was despite difficulties facing the Greek economy, which contracted by 3.9 percent in 2013, following several years of crisis.

“With its incredible cultural heritage and natural beauty, Greece remains a key market for the European cruise industry,” Kyriakos Anastassiadis, CEO of Louis Cruises and Member of CLIA Europe’s Executive Committee, said in an announcement.

“We are committed to tap further into the Greek market’s potential and we will work with local, national and European authorities to overcome the hurdles that are still hampering cruise investment and operations in the country, from port fees to poor infrastructure development,” Mr. Anastassiadis added.

CLIA is the world’s largest cruise industry trade association with representation in North and South America, Europe, Asia and Austral-asia.