The Council of Thessaloniki Public Transport has announced plans to add a public tram line in the Greek northern city, aiming to offer an effective transport system to residents and visitors.

Reports said the plan was welcomed recently by Thessaloniki Mayor Yiannis Boutaris who said the project will be tabled to receive funds from the National Strategic Reference Framework (NSRF) program.

According to the plan, the new tram line will be 24 km long, have 43 stops – five of which will be shared with the under-construction Metro (Neos Sidirodromikos Stathmos, Panepistimia, Papafi, Proin Nomarhia, Mikra) – five terminals, a 45-hectare depot and electrification by overhead cables. The cost of its construction is estimated at 20-22 million euros per km (total 515.76 million euros). 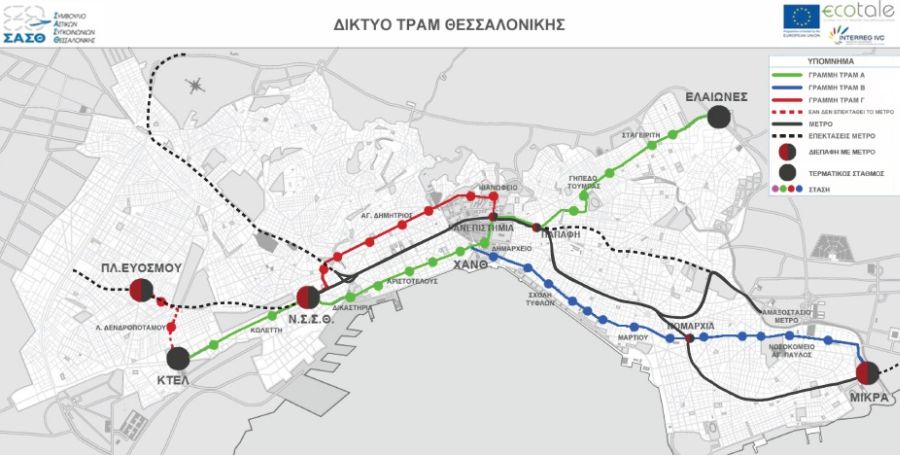 Passengers will be transported via 45 low-floor vehicles with a capacity of 220 people (140 standing, 40 seated), at a maximum speed of 80 km per hour.

It is estimated that some 172,700 commuters will use the new stations daily. The ticket price will be close to 1 euro.