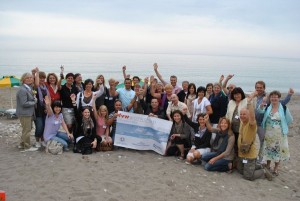 A major destination marketing event scheduled to take place in June on Rhodes, Greece, will bring together Germany’s leading tour operators and travel agents with Greek tourism figures and professionals.

The FVW Workshop 2014, held by Germany’s leading travel industry media group FVW Mediengruppe, will take place on the island of Rhodes during 19-24 June, under the organization of the Region of South Aegean, the Greek National Tourism Organization, Rhodes Tourism Promotion Organization (PROTOUR) and the Rodos Hoteliers Association.

FVW Mediengruppe has more than 40 years of expertise in publications on tourism and business travel and is considered the No. 1 source of information for the German market.

The main aim of the workshop is to increase visitor numbers and revenue from the German-speaking markets to the destination. 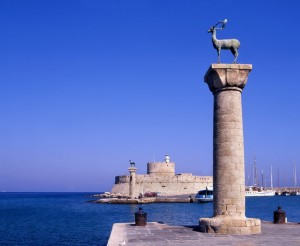 The workshop’s main event will be held on Monday 23 June at the Rodos Palace Hotel. The hospitality program, which will include sightseeing tours and dinner events for the German guests, will be supported by all local agencies and businesses on Rhodes.

The FVW workshop 2014 will be directed and presented by the FVW’s editor-in-chief Klaus Hildebrandt. Attendees from the German side will include the FVW editorial team , a significant number of travel agencies, airline companies, Internet networks and representatives of leading tour operators.

The Rhodes FVW Workshop will be featured in the FVW issue that immediately follows the event, in order to share the results with the travel industry and the travel agent community.

According to FVW, Rhodes will reach more than 33,000 subscribers (mostly companies) and some 100,000 readers throughout the German-speaking travel industry.

Date Announced For 2015 Athens Half Marathon