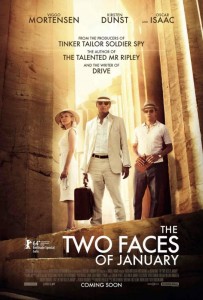 The Athens Open Air Film Festival will once again kick off with Greece in the spotlight, opening its fourth annual edition with a motion picture filmed in Athens and Crete.

The organizers of the Athens Open Air Film Festival recently announced that it will open 16 June with “The Two Faces of January,” starring Viggo Mortensen, Kirsten Dunst and Oscar Isaac. “The Two Faces of January” is one of the few films that received permission to shoot at the Acropolis and also includes scenes of Plaka and Crete: Port in Chania, Chalepa district and Heraklion.

The “The Two Faces of January” is adapted from the novel of the same title by Patricia Highsmith and is the directorial debut of British-Iranian screenwriter Hossein Amini.

The premiere will be held at Cine Thisio by invitation only. “The Two Faces of January” will be released in Greek theaters on Thursday 19 June by Seven Films/Spentzos Film.

For more on the film, press here. 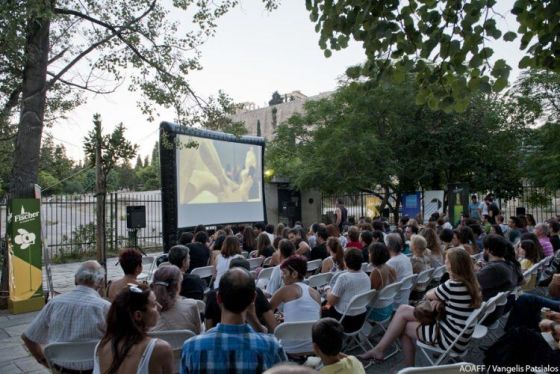 Screenings will be held in a number of the city’s summer cinemas, including “all time classic” spots such as Cine Thisio, Cine Psyrri, Cine Ellinis and Dexameni, and various open spaces around the city such as the Dionysiou Areopagitou pedestrian walkway (near the Acropolis), the Petralona Park, the park at Plato’s Academy, Avdi Square in Metaxourgeio, Mesologiou Square in Pagrati and the Nea Smyrni Park.

To see which films will be playing during the 4th Athens Open Air Film Festival, press here.