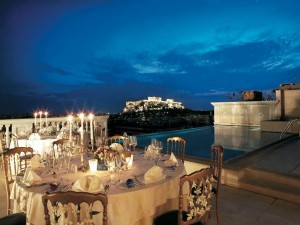 Hotels in Athens, Greece, last month reported the largest increase in occupancy on a European level, according to data released recently by STR Global on the European hotel industry for April 2014.

More specifically, the average occupancy rate of Athenian hotels last month rose by 17.3 percent to 64.9 percent, which was the largest increase on a European level. On the other hand, Istanbul, Turkey, fell 12.2 percent in occupancy to 67.7 percent, posting the largest decrease, followed by Frankfurt, Germany (-10.7 percent to 60.3 percent), and Bratislava, Slovakia (-10.4 percent to  54.5 percent).

On a European level, the average hotel occupancy was 68.3 percent and the average revenue per room was 69.7 euros in April.

According to the Bank of Greece, international arrivals to Athens increased by 26.1 percent in March alone to 457,000 tourists.

The Association of Greek Tourism Enterprises (SETE) recently said that this year Athens is expected to receive some 750,000 more visitors than 2013.