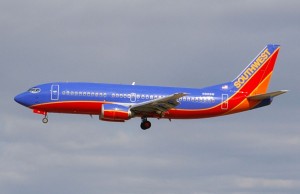 Southwest Airlines and Amadeus IT Group recently announced that they have entered into a joint contract for Amadeus’ Altéa reservations solution that will support the carrier’s domestic service.

Over the next few years, Southwest and Amadeus will partner to move to a single reservation system. Until then, the airline will continue with two reservation platforms after the sunset of the AirTran brand in December 2014.

“Without question, this is truly a landmark IT partnership for Amadeus, and we are committed to delivering a successful transition to a single reservation system,” said Luis Maroto, President and CEO, Amadeus.

Amadeus is confident that Southwest will enrich its global airline community and looks forward to their active involvement and contributions to the future evolution of the Altéa platform.

Southwest is Amadeus’ largest U.S. airline IT partner in terms of domestic passengers boarded annually. Amadeus has more than 100 airlines on their reservation system – mostly based in Europe, Asia, and Latin America. Once implemented, Southwest will be Amadeus’ largest airline IT partner worldwide in terms of passengers boarded.