Gulf Air, the Kingdom of Bahrain’s national carrier, recently hosted a networking event at the Gulf Hotel for Greece-based travel agents, to promote tourism between Bahrain, the GCC region and Greece and share information about Gulf Air products, services and commercial endeavors. 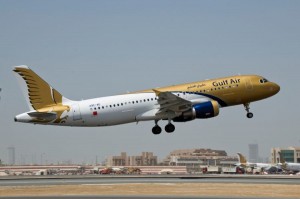 The event was attended by the Ambassador of Greece to Kuwait and Bahrain, Dr Theodoros Theodorou, members of Gulf Air’s executive management team and travel agents from Bahrain and Saudi Arabia.

“Events such as these are important in enabling greater tourism and business movement between Greece and, not only Bahrain, but the greater Middle East region,” said Maher Salman AlMusall, Gulf Air Acting Chief Executive Officer.

On the back of Gulf Air’s recent network expansion to key destinations such as Al Maktoum International at Dubai World Central (DWC) and Thiruvananthapuram in India, the airline is seeing unique business and tourism opportunities in Greece alongside positive signs of the country’s economic recovery.

The Greek Ambassador for Kuwait and Bahrain, Dr Theodoros Theodorou, said Greece was looking forward to Gulf Air’s re-entry into the Greek market along with the positive benefits it will bring to both countries.

Gold Star Aviation  is the general sales agent of Gulf Air in Greece.