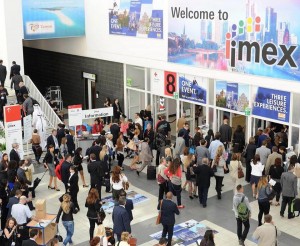 Greece attended this year’s IMEX Frankfurt with a new stand that was applauded not only by the country’s exhibiting companies but also by international meeting and event planners and marketing professionals. IMEX Frankfurt took place 20-22 May and is the world’s leading exhibition for meetings, incentive travel and event marketing.

According to the Hellenic Association of Professional Congress Organizers (HAPCO), Greece’s stand was more functional, upscale and professional than it ever has been. “This gives hope that something is finally changing, following several of HAPCO’s recommendations to the relevant bodies on improving Greece’s presence in international exhibitions,” the association said in an announcement.

“The first step has undoubtedly been made. However, more must follow since it is known that to attract conferences, the destination must combine many factors,” HAPCO underlined.

The association added that during IMEX 2014, Greece attracted much interest from international professionals as many buyers visited the stand and requested information on the country as a conference destination.