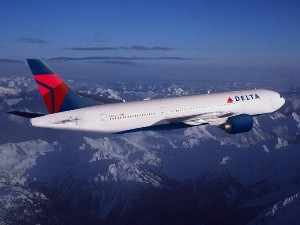 Delta Air Lines and Travelport finalized an agreement in which Delta will reacquire the data and intellectual property rights central to its passenger service and flight operations systems.

As a result, Delta will be the only U.S. airline to directly control these critical technology systems, making it better able to build the next generation of technology that will improve the travel experiences of its customers.

The move is the latest innovation in Delta’s continued effort to rethink and reshape the airline business.

Earlier this year, Delta announced industry-leading changes to its SkyMiles frequent flyer program to differentiate it for premium travelers.

The airline also has made strategic investments in Virgin Atlantic Airways, AeroMexico and GOL over the last several years; created Monroe Energy to provide 80 percent of its annual domestic fuel needs; and transformed its fleet strategy including a significant reduction in 50-seat aircraft.

Delta has invested billions of dollars to improve the customer experience including investments to facilities in Atlanta, New York, Los Angeles and Seattle since 2010.

The agreement between Travelport and Delta will aid Delta’s continued effort to rethink and reshape the airline business through the following:

– Transfer of direct control and operations for Delta’s passenger service systems and flight operations systems.
– A transition of the development software which does not require a technology migration event so there is no effect to Delta customers.
– Travelport will continue to be a key partner with Delta. Travelport will continue to run the system infrastructure for the Delta platform in its Atlanta data center. The transition of more than 175 technology professionals to Delta is effective July 1.
– No impact on Delta and Travelport’s existing Global Distribution Systems agreement which was previously renewed in 2013.

The financial terms of the agreement have not been disclosed.