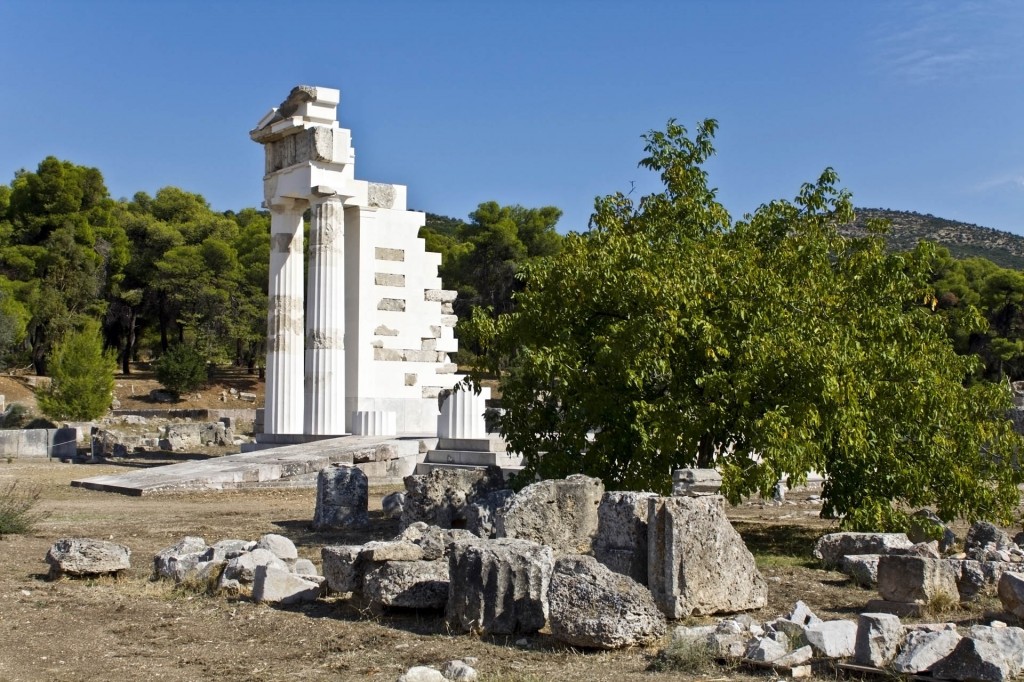 The restored propylon of the ceremonial banqueting hall at the Asklepieion of Epidaurus Photo: © Panos Karas / Shutterstock

A major crowd puller among the archaeological destinations of Greece, Epidaurus is famed for its unmatched theatre, as well as for its Asklepieion, thus named the sanctuaries sacred to Asclepius, the healing god and son of Apollo. Combining religious faith with empirical knowledge and occult rituals with actual treatment, the Asklepieia functioned pretty much as hospitals and, needless to say, they were of great significance to Greeks and Romans alike. The Asklepieion of Epidaurus in particular was the most important therapeutic center of the ancient Greek world, followed by that of Kos, the birthplace of Hippocrates and medicine. 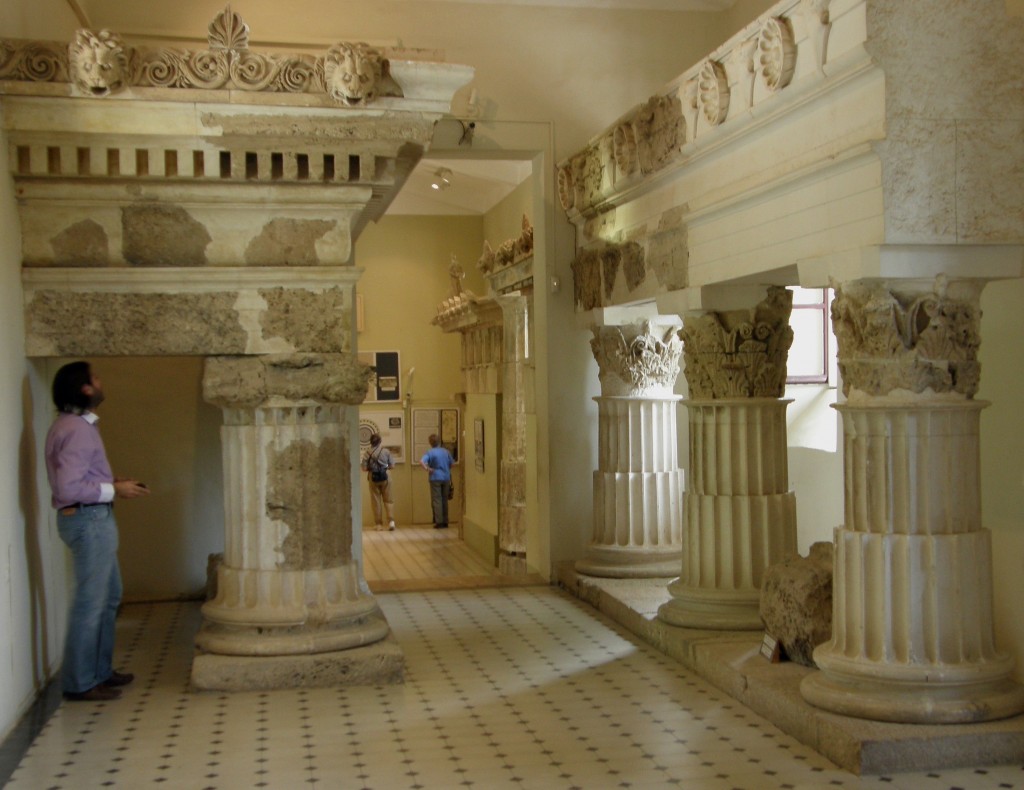 Preserved architectural parts from the buildings of Asklepieion in the Archaeological Museum of Epidaurus Photo: © Wikimedia Commons

Tucked away amid rocky heights, the Epidaurian sanctuary lies in an inland valley of the Argolid peninsula in the Peloponnese. The tranquil, scenic landscape and the abundant nearby mineral springs should have something to do with the cure and recovery of the patients. Developed out of an earlier cult of Apollo, the sanctuary of Asclepius reached its peak in the 4th century BC when it was adorned with its principal monuments seen today, especially the temple of the god, the tholos and the renowned theatre, all three considered masterpieces of the late classical Greek architecture. Even by today’s standards, the theatre of Epidaurus stands out as a unique artistic achievement through its admirable integration into the landscape and above all the perfection of its proportions and incomparable acoustics.