The new five-star Sensimar Grand Mediterraneo Resort and Spa has opened in the area of Ermones on Corfu Island. Photo © Sensimar

TUI Travel may expand its hotel activity in Greece, media reports in the country said after the recent opening of a new member of the tour operator’s Sensimar hotel brand on Corfu. 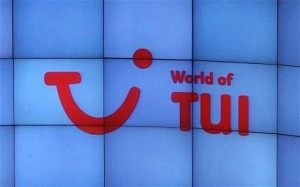 During the opening ceremony of the new five-star Sensimar Grand Mediterraneo Resort and Spa, the operations manager of Sensimar Hotel Group, Arne Jablonka, praised Corfu as a tourist destination and left open the possibility of the company further expanding in Greece.

Located in the area of Ermones, the Sensimar Grand Mediterraneo Resort and Spa is an “adults and singles only” resort and includes 266 rooms, two restaurants, funicular and three tennis courts.

Meanwhile, TUI Travel’s Chief Executive, Peter Long, recently told Reuters news agency that a “huge resurgence” in demand for holidays to Greece has been noticed, as the country stabilizes following its debt crisis and international bailout.

Also, these days, Thomson, a holiday brand owned by TUI, is displaying Greece as the main photo on its website’s homepage, promoting packages with offers for this season.

TUI is expected to bring over two million foreign tourists to Greece this year.