Athena will perform at Sani Festival 2014. 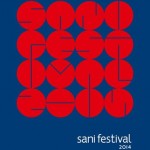 The renowned Sani Festival that will take place in July at the Sani Resort, on the Halkidiki Penninsula of Greece, will expand its program this summer and take in other arts apart from music.

According to the organizers, the objective will the same as ever: communication and interaction between artists and public within a broad social context – with the special features of the event allowing it to bring together people of many different backgrounds and cultures under one roof.

Jazz on the Hill 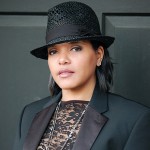 Once again jazz music will spearhead the Sani Festival, now in its 22nd year.

The Jazz on the Hill program will focus on pure American jazz, with some unexpected encounters: the incredibly talented drummer, composer and producer Terri Lyne Carrington, Grammy award winner, will present her project The Mosaic 2 (11 July), with an exclusively female ensemble, accompanied by the famous soul and RnB singer Lizz Wright, who first came to Greece in 2005 as a guest of the Sani Festival. 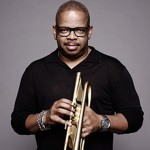 Award-winning trumpeter Terence Blanchard will be performing with the Thessaloniki State Orchestra, under the baton of Greek-Danish conductor Stephanos Tsialis, in a jazz symphony project specially commissioned by the artistic director (12 July).

The festival will welcome one of Greece’s most promising jazz musicians, not only in Europe but also in the United States, Nikolas Anadolis (13 July). He will lead a trio of foreign musicians.

Other arts added to Sani Festival 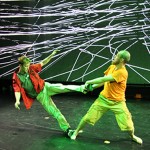 A two-day program dedicated to the avant-garde scene in Russia will be opening up the frontiers to different cultures and arts: film shorts from Russia, and the inspired choreographer and director Sasha Pepelyaev, who is expected to thrill audiences with a ground-breaking performance by the Moscow Kinetic Theatre.

The festival will also feature the Greek premiere of the film “A,” directed by the talented Stathis Athanasiou and inspired by the myth of Antigone. The production is a post-modern version of the ancient Greek drama that will present young and established Greek talents.

The festival’s showcasing of Greek musical tradition will feature three concerts by Greek performers revisiting milestones in Greek vocal music, from Tsitsanis to Theodorakis, from Nikos Kypourgos to Eleftheria Arvanitaki and Nikos Portokaloglou. There will also be original, contemporary compositions from Athena, performing for the first time with lyrics in Greek and a musical setting rich in international influences.