Flights to destination… “The Moon,” for travelers and visitors of Athens International Airport continue 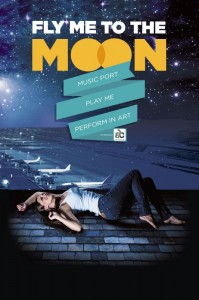 “Fly me to the Moon,” Athens International Airport’s cultural journey of concerts, performances and happenings by popular music groups and well-known artists, has announced another “airport check-in,” full of music and surprises.

Imam Baildi, Gadjo Dilo, Marietta Fafouti, Penny & the Swingin’ Cats, the Athens State Orchestra, and many unexpected Swing & Milonga moments, are just some of the acts that passengers and airport visitors will enjoy in the coming months.

“Fly me to the Moon” includes two basic sets of cultural events and interactive projects:

– Musicport, the airport’s music Fridays, and

– Perform in Art, where young artists get their inspiration from the airport environment, and invite passengers to an original musical, theatrical or dancing experience!

“Fly me to the Moon” is a cooperation of Athens International Airport with the culture platform ελculture.