The capital city of Greece, Athens, is among the top 10 selfie capitals of the world, according to a list drawn up by travel site Suggestme.com. 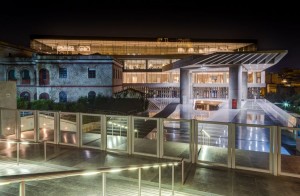 In search of where people mostly take a self-portrait photo of themselves (selfie) and share it on social media, the travel site analyzed 6.3 million social media messages from Twitter, Facebook, and Instagram, among others.

New York and Amsterdam are in second and third place respectively, with Times Square, the Statue of Liberty, the Rijksmuseum, and the Van Gogh Museum being the spots where the most selfies are taken. Barcelona, Paris, Berlin, Rome, Sydney, Istanbul, and Athens are the cities that complete the top 10.

Report: 10 Reasons To Buy A Holiday Home In Greece