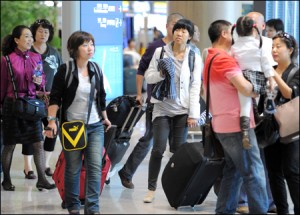 Athens, Greece, to Shanghai, China, will launch this summer in order to make travel between the two countries more convenient for passengers.

The direct flight from Shanghai to Athens will begin on 15 June 2014 by the Shanghai Workers International Travel Service, a leading tour operator in China. The flight will operate until 19 October 2014.

According to an announcement by the Greek Tourism Ministry, one flight to Athens will operate per week, while group visitors can participate in travel packages that include stops in Athens, Santorini, Mykonos and Meteora.

The online booking platform C Trip will also participate in the venture.

The announcement of the new direct Athens-Shanghai air route follows a recent meeting in China held between the secretary general of the Greek National Tourism Organization, Panos Livadas, and leading tour operators.

“Activating this route is a significant development in the tourism connection of the two countries and the first step in opening new direct flights from other cities of China,” the tourism ministry’s announcement read.

The ministry aims to establish a permanent direct air link between the two countries to increase arrivals from China to Greece.