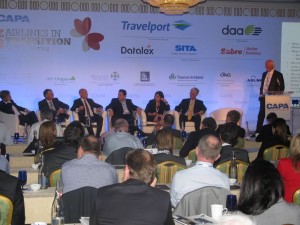 Greece dropped four places in the world rankings of conference and meeting destinations for 2013 having hosted 14 conferences less than the year before, according to data from the International Congress & Convention Association (ICCA) for the course of the international conference market in 2013.

In regards to the rankings of conference city destinations, Athens fell to the 47th place with 49 events, when in 2012 it held the 40th place with 52 conferences.

Also, the city of Thessaloniki plunged to the 219th place in 2013 having hosted only with 10 conferences. In 2012 the Northern Greek city was in the 117th place with 19 conferences.

Greece’s poor performance in the international meetings market has caused the Hellenic Association of Professional Congress Organizers (HAPCO) to wonder: “How much lower must be Greece drop in the ICCA rankings until congress tourism is finally taken under consideration?”

In an announcement, HAPCO reminded that “Greece is not only sun and sea, but also conferences and events.”

The association underlined that Greece needs a development and promotion policy for congress tourism and a Metropolitan Conference Center to accommodate medium and large conferences (over 10,000 delegates). HAPCO also underlined the necessity of public and private sector cooperation to overcome bureaucracy and other obstacles when Greece bids for a conference to host.

In addition, HAPCO called for the creation of a National Conference Registry so data would be available for analysis and processing.