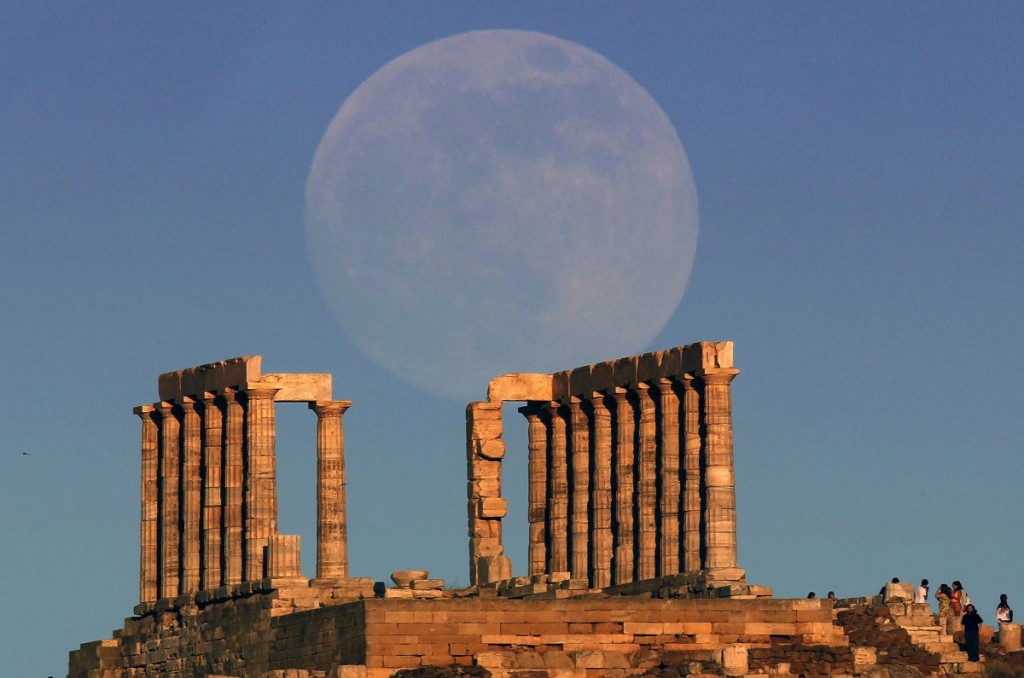 The sanctuary at Sounion is one of the most important sanctuaries in Attica. Sporadic finds point to the conclusion that the site was inhabited in the prehistoric period but there is no evidence of religious practice in such an early date. “Sounion Hieron” (sanctuary of Sounion) is first mentioned in the Odyssey, as the place where Menelaos stopped during his return from Troy to bury his helmsman, Phrontes Onetorides. Finds dated to the 7th century BC onwards increase in number, indicating the existence of organized cult on two points of the promontory: at the southern edge where the temenos of Poseidon was situated, and about 500 m. to the NE of it, where the sanctuary of Athena was established.

Important votive offerings were dedicated during the 6th century B.C., but the architectural form of both sanctuaries remained unpretentious until the beginning of the 5th century B.C., when the Athenians initiated the construction of an imposing poros temple in the temenos of Poseidon. The building was never completed, though, as both the temple and the offerings were destroyed by the Persians in 480 BC. In the following decades, Sounion, like the rest of Attica, flourished, and an important building project was undertaken at both sanctuaries. At the end of the 5th century and during the Peloponnesian War, the Athenians fortified Sounion cape. From the 1st century BC. onwards, the sanctuaries gradually declined and Pausanias, who sailed along the coast of the promontory in the mid-2nd century AD, mistook the prominent temple on the top of the hill as the temple of Athena.

The site of the temple was known in the following centuries, as is proved by descriptions of modern travellers, who visited Sounion before the excavations started. Several of them, carved their names on the ruins, e.g. Lord Byron.

Restricted excavations in the sanctuary of Poseidon were conducted in 1825 by the Dilettanti and by the German architect W. Doerpfeld. Systematic investigation was undertaken between 1897 and 1915 by the Athens Archaeological Society, under the direction of V. Stais, with the collaboration of A. Orlandos. Since 1994, the Archaeological Society has been carrying out excavations at the Fortress.

Read all about the Temple of Poseidon in Sounion, Athens on Greek Travel Pages