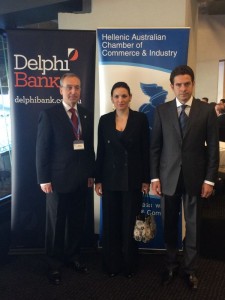 Greek Tourism Minister Olga Kefalogianni invited Australians to invest in Greece’s tourism sector, while giving a speech at the Hellenic Australian Chamber of Commerce and Industry (HACCI) on 13 May in Melbourne.

During her speech, Mrs. Kefalogianni informed that Greece has promoted a series of measures to facilitate investment such as introducing new tourism products, amending spatial plans, simplifying licensing procedures for tourism businesses and promoting holiday homes.

The tourism minister stressed that the reforms made in the country had a positive outcome on the tourism sector.

“2013 was a record year for Greece’s tourism as the country attracted over 20 million visitors including cruise passengers,” Mrs. Kefalogianni said. She added that she expects 2014 to be an even better year for Greek tourism.

Contacts in Australia to promote Greece

Since her arrival in Australia on 11 May, the tourism minister has attended meetings with the speaker of the Victorian Parliament, Christine Fyffe, the President of the Australian Senate, Bruce Atkinson, and Greek expatriate senators and deputies.

In a meeting with representatives of major travel agencies in Australia, Mrs. Kefalogianni informed that Greece is an ideal destination for all year round travel and spoke on the country’s comparative advantages.

She also met officials of the Greek Orthodox Community of Melbourne and Victoria and discussed the possibility of promoting Greece to the wider Australian population through a gastronomy festival and other events such as cinema, theater and concerts.

Mrs. Kefalogianni also attended an event held at the Greek Museum of Melbourne where she met Victorian Premier Denis Napthine.

She is also scheduled to visit Canberra and Sydney. 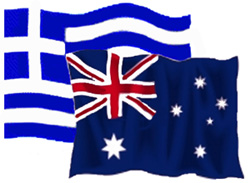 On 14 May, the new Work and Holiday visa agreement between Greece and Australia will be signed. The agreement will enable young adults (aged 18-30) to obtain a tourist visa for travel between both countries to live and work for up to 12 months.

Under the visa agreement, Australia and Greece will have a limit of 500 work and holiday visas for each country annually.

The Greek tourism minister will sign the agreement with the Australian minister for Immigration and Border Protection, Scott Morrison.