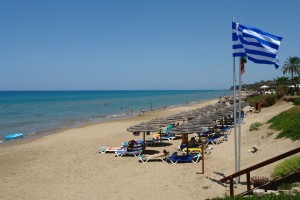 Recent airport arrival figures for the first four months of 2014, have confirmed the expectations of the Association of Greek Tourism Enterprises (SETE) that sees the country attracting a record 18.5 million visitors and generating 13 billion euros in revenues this year.

According to data, arrivals in Greece’s major airports during the first quarter of the year were up 30.1 percent on last year.

In an announcement, the association referred to arrivals at Athens International Airport during the January-April 2014 period, which grew by 36.1 percent over the corresponding period of 2013.

“The data referring to Athens confirms SETE’s estimates for the Greek capital’s strong tourism recovery with an additional 700,000 arrivals,” the association said.

SETE also said that domestic tourism is showing signs of recovery for the first time in five years and referred to increased passenger numbers on domestic flights and bookings made in Greek hotels.

However, the association underlined that its expectations for Greek tourism this year depends to a great extent on the country’s political stability.