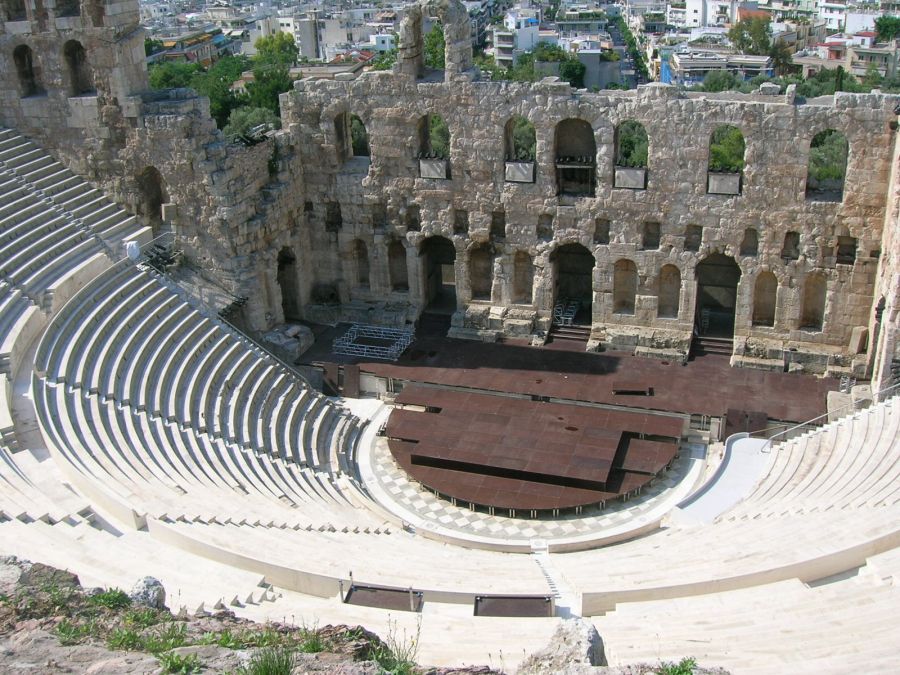 The Odeon of Herod Atticus, widely also known as the Herodion, located under the Acropolis in Athens, Greece, is the second best theater in the world to watch live performances, according to a list compiled by Canadian newspaper Globe and Mail. Topping the list is the open-air Minack Theatre in England.

Entitled “Top venues for live theater,” the list includes the best locations around the world where one can watch  theater, dance and music performances.

On the Odeon of Herod Atticus, the article mentions the Greek theater’s history and refers to it as “the best example of an authentic Greek theater.” The Globe and Mail describes the Greek theater as “the perfect location where modern music meets with the ancient atmosphere” and as “the ideal for all artists.”

Following the Odeon of Herod Atticus in Greece on the list is the Sydney Opera House in Australia, the La Scala in Italy, the Carnegie Hall in New York, the Bolshoi Theater in Moscow and other famous theaters in the world.

The Greek theater was also at the top of a list of the world’s most spectacular theaters published in March by The Telegraph. 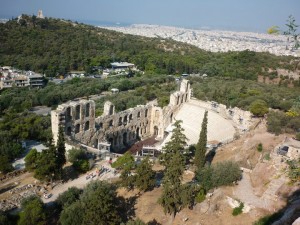 The striking Odeon of Herod Atticus (also in Greek Herodeion) was the last public edifice of the antiquity to be added in the Acropolis area. It was erected by Herod Atticus in memory of his wife Regilla who died in AD 160. A wealthy scion of a notable Athenian family and a major benefactor of the city, Herod adorned Athens with a monument that has been admired since antiquity.

For more on the Odeon of Herod Atticus, press here.

Historic Center Of Kastoria, Greece, Among Europe’s 7 Most Endangered