Tourism Minister Invites The Arab World To Invest In Greece 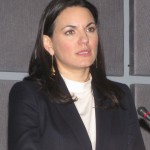 Greece has become an attractive destination for tourism investment after promoting a series of measures such as introducing new tourism products, amending spatial plans, simplifying licensing procedures for tourism businesses and modernizing infrastructure, according to Greek Tourism Minister Olga Kefalogianni.

Speaking at an Economist Conference on “Europe and the Arab World” on 6 May, Mrs. Kefalogianni focused on the investment opportunities available in Greece after structural reforms took place to ensure financial stability.

The tourism minister informed that Greece has launched a new institutional framework for investors in an effort to put an end to lengthy bureaucratic procedures and obstacles that hamper investment.

The country has also adopted measures aiming to create a favorable business environment and attract investments such as providing residence permits (valid up to 10 years with right to extension) to non-European Union citizens that plan to make strategic investments in the country.

During her speech, Mrs. Kefalogianni also informed on some of the major tourist projects that are currently in the works: 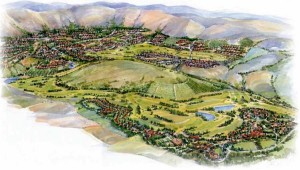 – The Atalanti Hills resort in central Greece that includes the construction of three five-star hotel units, 5,000 holiday homes and other facilities.
– The Iliad resort in Ithaca, which will have an 18-hole golf course, a marina to accommodate 200 yachts, a waterfront village and six luxury hotels that will consist of 1,020 suites.
– The Itanos Gaia hotel complex in Lassithi, Crete, which will consist of five hotels with a total capacity of 2,000 beds and an 18-hole golf course. It is estimated that the project will create 1,200 job positions.

When concluding her speech, the Greek tourism minister urged the Arab world to invest in Greece. She informed that reforms in Greece will continue and that investors can find many business opportunities “in a country that has one of the most beautiful settlements in the world.”