Mykonos To Star In Promotional Campaign For Greece In Austria 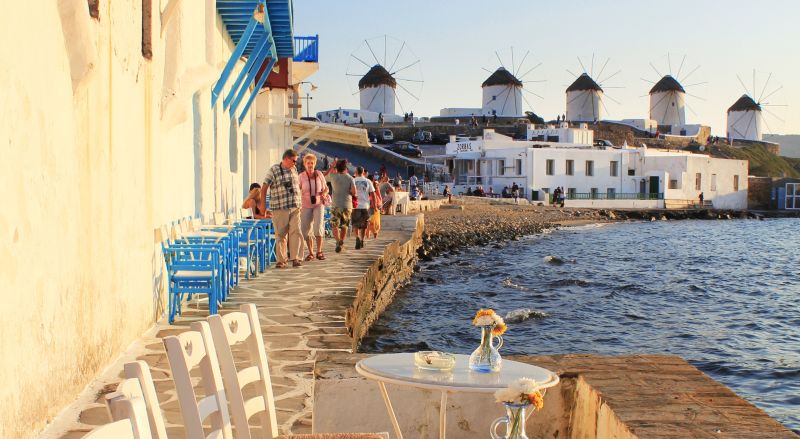 A campaign for the promotion of Greece as an all year round destination for Austrian travelers will be centered around the Greek island of Mykonos. 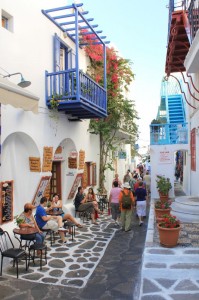 During 7-9 May, a group of 52 people comprised of celebrities, members of three television networks, 20 journalists and 14 travel agencies from Austria, will tour Mykonos and film various locations including its picturesque Hora (town) and its sun drenched beaches. The TV spots will later air in Austria as part of a wider campaign to promote Greece as a destination to visit all 12 months of the year.

The campaign is an initiative launched by the Region of South Aegean, the Municipality of Mykonos and Austrian airline Flyniki, in cooperation with the Greek National Tourism Organization (GNTO) office in Austria.

“Mykonos is expected to be in the center of the Austrian media over the next period,” the GNTO said.

Austrian airline Flyniki has increased frequencies to Greece and this year flies to 19 destinations and is expected to further extend its scheduled flights to the country. For example, flights from Vienna to Kalamata already have launched from late February and will run until late October and flights to Santorini take place on weekdays.

“Judging from Mykonos, we find that Greek destinations have the necessary infrastructure and can offer visitors many experiences beyond sun and sea,” Flyniki’s director, Christian Lesjak, noted.