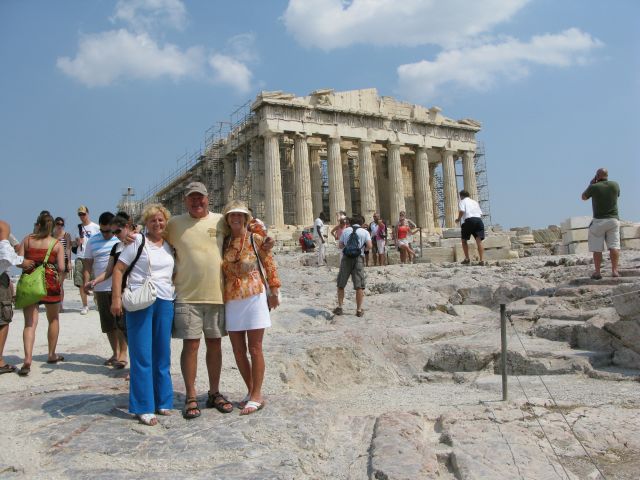 American tourists posing at the Acropolis in Athens. Photo: GTP

The Acropolis in Athens is ranked second among the eight most over-popular places in the world that are still worth visiting, according to a list compiled by American news network CNN.

The news network refers to the eight sites as “tourist traps” for them being “overcrowded, over-hyped and, of course, overpriced.”

“Yet we keep going. By the millions…Because however one bad experience may make us feel about them, they’re awesome,” CNN’s Mike Sowden notes.

The Taj Mahal (Agra, India) leads the list of eight over-popular places that are a must to visit and is followed by the Acropolis (Athens, Greece), the London Underground (UK), Khao San Road (Bangkok), Sacre Coeur (Paris), Stonehenge (UK), Christ The Redeemer (Rio de Janeiro) and the Grand Canyon (Arizona). 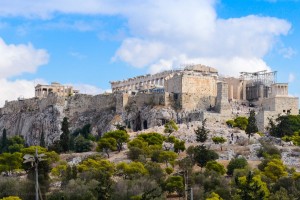 On the Acropolis, Mr. Sowden notes that the climb up is hot and crowded. “But at the top, you’ll see why a million people do this every year,” he says.

“This is Athenian culture refined and placed on a pedestal 150 meters high – in every sense, it’s the heart of Athens and maybe even of Greece. The country’s monuments have endured thousands of years of warfare, stone theft, punishing heat and, in one dramatic incident, an exploding ammo dump – but they’re still here. Be inspired by that, grit your teeth and brave those crowds. It’s worth it.“

Mykonos To Star In Promotional Campaign For Greece In Austria