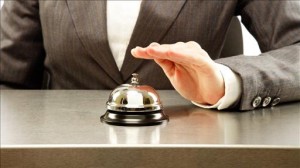 Together with a very optimistic forecast for the upcoming Q2 of 2014, the Greek hotel sector remains very optimistic for 2014 as a whole with significant improvements in occupancy levels and – to a lesser extent – in room rates, according to the latest tourism barometer report by GBR Consulting on the expectations of the Greek hospitality sector.

According to the report, city and resort hoteliers are equally optimistic for the second quarter and for 2014 overall with significant improvements on all levels compared to last year.

However, GBR’s analysis shows a difference per hotel category. The 4- and 5-star hotel sectors are very positive on the coming quarter as well as for 2014 as a whole.

The 4-star hoteliers are the most positive hotel segment as they are not expecting a decrease in neither occupancy nor room rates, not for their own hotels and also not for the market in general for the coming second quarter.

The 5-star hoteliers are also very optimistic for the coming second quarter. While their expectations of the previous quarter were still cautious in terms of room rates, this second quarter they expect room rates to improve significantly. Only 1 out of 10 hoteliers has a pessimistic outlook this quarter for ARR development, as they expect falling room rates. For the year of 2014 as a whole, the 5-star segment seems to agree that they will have a much better performance than last year.

The 3-star segment overall expects for 2014 improvements at all levels, but almost two out of 10 hoteliers is expecting significant drops in both occupancy and room rates, which tempers the overall climate in this segment for 2014.

The 2-star hotel sector is expecting improvements in occupancy for 2014, while room rates are forecasted to stabilize.