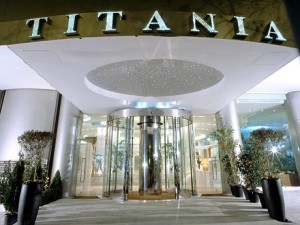 Titania Hotel in Athens has announced that it aims to attract tourists from growing markets, such as India and Brazil, that have shown a strong interest in the Greek capital’s tourism product.

For this reason, this year the hotel attended major international tourism fairs and promoted the Greek capital as a city break destination.

“Despite whatever economic problems our country is facing, Greek tourism is resisting… Athens specifically, after the past difficult years, is in a full recovery phase,” the sales manager of Titania, Christos Panageas, said in an announcement.

Mr. Panageas said messages are positive and expects 2014 to be an extended tourism season for the Greek capital.

This year Titania successfully participated in the international tourism exhibitions FITUR in Madrid, OTM in Mumbai and ITB in Berlin.