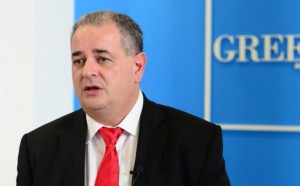 Greece has managed to facilitate visa issuance procedures for Russian citizens (visas are obtained in 48 hours). The visa facilitation resulted to a major increase in arrivals from Russia to Greece.

During a recent meeting in Moscow, Mr. Livadas assured that Greece would take more steps to further improve visa processes for Russians.

This was echoed by the secretary general of International Economic Relations of the Hellenic Ministry of Foreign Affairs, Panagiotis Michalos. Mr. Michalos informed the Russian side that efforts are being made to further simplify the process for approving long period and multiple entry visas for Russian travelers.

Also present at the meeting was the president of the Association of Greek Tourism Enterprises (SETE), Andreas Andreadis, who informed the tour operators on the association’s strategy, policy and goals for the Russian market.

On his part, the vice president of Aegean Airlines, Eftychios Vassilakis, announced that the airline is cooperating with the GNTO and will soon launch a joint promotional campaign in the Russian market.

Russia has become one of the most important source markets in Greek tourism. Last year, 1,352,900 Russians visited Greece, an increase of 54.7 percent compared to 2012.

In regards to tourism revenue from the Russian market in 2013, Greece recorded 1,341,800 euros, which translates to a 42.2 percent increase compared to the year before.

Kefalogianni To Promote Greece In Land Down Under