Bank Of Greece: Tourist Spending Up In Jan-Feb 2014 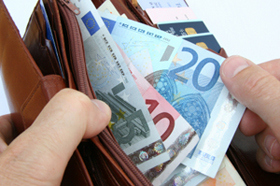 Greek tourism has hit the ground running this year following 2013’s major increase, as revenues have grown by 17.3 percent in the first two months from the same period last year to reach 294.1 million euros, Greek newspaper Kathimerini recently said quoting the Bank of Greece. Those travel receipts also include revenues from cruise activities, which posted an annual increase of 11.5 percent.

There was a significant 31.9 percent decline in receipts from French tourists to 5.8 million euros, and a 4 percent drop in spending by US visitors, which reached 16.5 million.

In absolute figures the number of foreign tourists in Greece in the first couple of months of 2014 grew by 10.2 percent from last year to exceed 730,000.

Russian Tourists Still Coming To Greece But At Slower Pace