Russian Tourists Still Coming To Greece But At Slower Pace 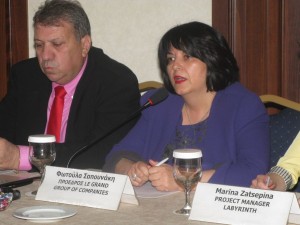 Greece will see a “small increase” in Russian tourist arrivals this year, according to Le Grand Group of Companies, a leading Greek DMC of incoming tourism from the Russian market to Greece.

Le Grand is partners with Labirint, one of the largest Russian tour operators working with the Greek market, and last year brought over 260,000 Russian tourists to the Greek destinations it serves with Crete, Rhodes, Kos and Corfu in the lead.

During a press conference held in Athens on 16 April, Le Grand’s managing director, Fotoula Sapounaki, said the company originally expected a 35 percent increase in arrivals from Russia to Greece.

“But due to the drop of the Russian ruble against the euro and the political and economic developments in Ukraine, the increase has fallen to 15 percent,” Ms. Sapounaki informed Greek journalists.

The drop of the Russian ruble has made travel packages to Greece this year 25 percent more expensive.

In regards to tourists coming to Greece from Ukraine this year, Ms. Sapounaki said that no predictions could be made. 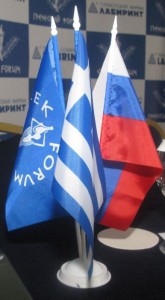 The press conference was held in regards to the upcoming Greek-Russian Tourism Forum that will take place 23-24 April at the Megaron Athens International Conference Center by Labirint and Le Grand.

According to the organizers, some 1,000 Russian travel agents and over 100 foreign journalists will come to Athens to participate in the forum. During the forum, B2B meetings will take place and the further increase of the tourist flow from Russia to Greece will be explored.

This is Labirint’s eighth annual forum in Greece and the company has selected the Greek capital as the host destination “to show Athens as a destination to the Russian market.”

Attendees at the forum will also have the opportunity to take part in a 3-day excursion program and see the beauties and history of Athens and Attica up close. The program will include visits to the Ancient Acropolis and nearby destinations.

Athens Hotel Market On Its Way To Recovery

Bank Of Greece: Tourist Spending Up In Jan-Feb 2014