Passengers are now permitted to use ereaders, tablets and mobile phones throughout their easyJet flight 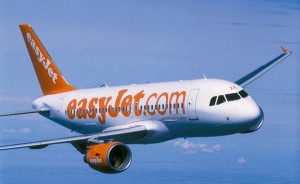 EasyJet has announced that all passengers are allowed to use their personal electronic devices such as laptops, DVD players, tablets and mobile phones onboard in “Flight Mode” throughout the whole flight including during take-off and landing.

Up until now, passengers have had to turn their devices off for both periods during the flight, and the change comes after recent recommendations from the European Aviation Safety Agency (EASA) for these restrictions to be relaxed.

The airline  submitted a detailed safety proposal to the Civil Aviation Authority (CAA) which has been approved in line with all safety regulations, meaning that passengers will be able to continue watching films, reading e-books, working or drafting e-mails uninterrupted for longer.

The announcement comes just months after easyJet introduced the use of mobile boarding passes across 85 percent of its network. easyJet has one of the fastest apps in the industry which has been downloaded by nearly eight million passengers, an announcement read.