After an exhaustive search, World Travel Awards has revealed the nominees for its Europe Gala Ceremony 2014. 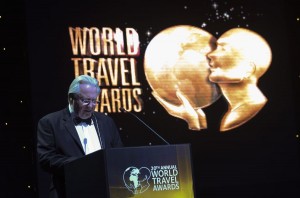 According to an announcement, hundreds of entrants have been whittled down to the few who will proceed to the voting stage of the annual event, with industry professionals and members of the traveling public now invited to vote for nominee companies of their choice.

The results of the vote will be revealed at the Divani Apollon Palace & Thalasso in Athens, Greece, on 2 August, where industry stakeholders from across the region will gather for the prestigious event.

The red-carpet evening is being held in partnership with the Greek Tourism Ministry, the Greek National Tourism Organization, the Association of Greek Tourism Enterprises and Divani Collection Hotels, and will include a gala dinner, top entertainment as well as the presentation of the most coveted awards in the industry.

Guests will also have the opportunity to participate in a full itinerary over the weekend, a “journey through Greece,” giving an insight into both its illustrious history and its vibrant contemporary culture.